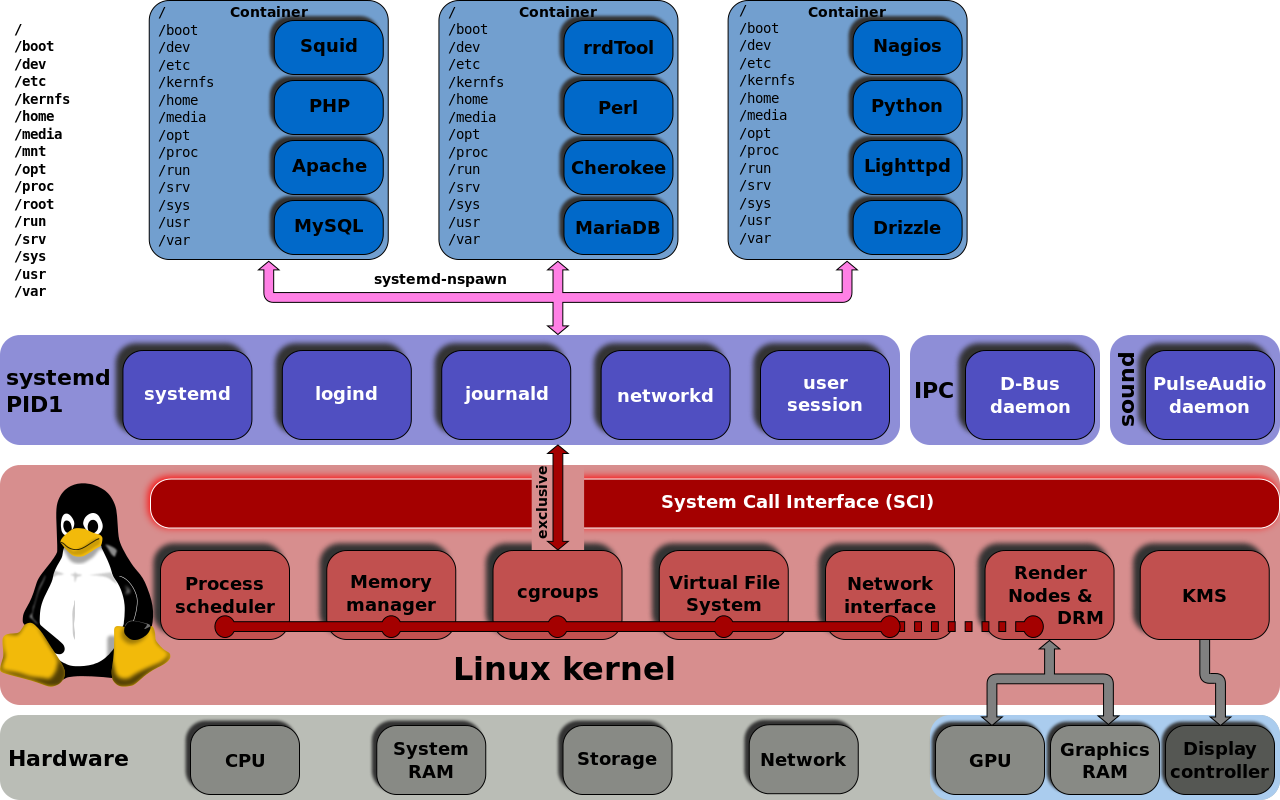 In this post I am going to explain some essential systemd commands and concepts. As systemd popularity grew much more and changed the linux ecosystem drastically, every sysadmin, DevOps or every casual linux user should know the basics of this init system (It’s really a load of other things too!) and be able to use systemctl, journalctl, etc in order to leverage its power.

For example, by using systemd unit files you can completely get rid of using crontab as systemd replaces this functionality, you can also run the service as a temporary user or even activate a service when a connection is made to a specific port on server. as you can see, the possibilities are endless. Some of them will hopefully be described in further posts and links provided at the end of this post.

A service unit file is configuration file that shows how you like to run a specific process, like a web server application, a docker container, etc. It can be anything, even your own application.

A target unit file is mechanism used for grouping different services and starting them at the same time or in another desired fashion.

Timer units are used to run services at specific times, like crontab.

Watches a path and responds based on defined actions.

Socket units are used to activate another service on request to a socket. It facilitates on-demand service activation. You can setup a server which listen for ssh connection and creates a container for each user which connects to the server and connects the user to the container. only using systemd! your power is limited by your imagination :D

Mount units are simply used to mount a filesystem automatically (or manually).

It is rather self-explanatory so after another example (a unit file for a docker container from CoreOS):

The most import command is probably systemctl. It is used for starting/stopping services. Here’s a good table from HighOnCoffee:

view only kernel messages from this boot:

using -x flag attaches some additional data to the logs, -n can get an integer and show this much lines (default 10):

view all logs from a specific service:

systemd has sooo many features (and of course so much criticism and debate!). I will try to cover more advanced features of systemd in following posts on this blog. Here are some links that will be useful for you:

and this series of articles by Lennart Poettering (core systemd developer!):

Hi everyone! After searching the web so many times and testing different configurations of Squid, I have found these minimal working configs which you can use to achieve the features you want fr...

In this blog post we will cover IPSEC tunnel between Linux StrongSWAN and Cisco IOS. The strongSWAN config file can copied exactly as is to another server with the IP of Cisco Router and the tun...

After posting the first of my linux SysAdmin quick config sample series titled “Useful Configs for squid” (which you can read here). I decided to write another post, this time about the powerful ...